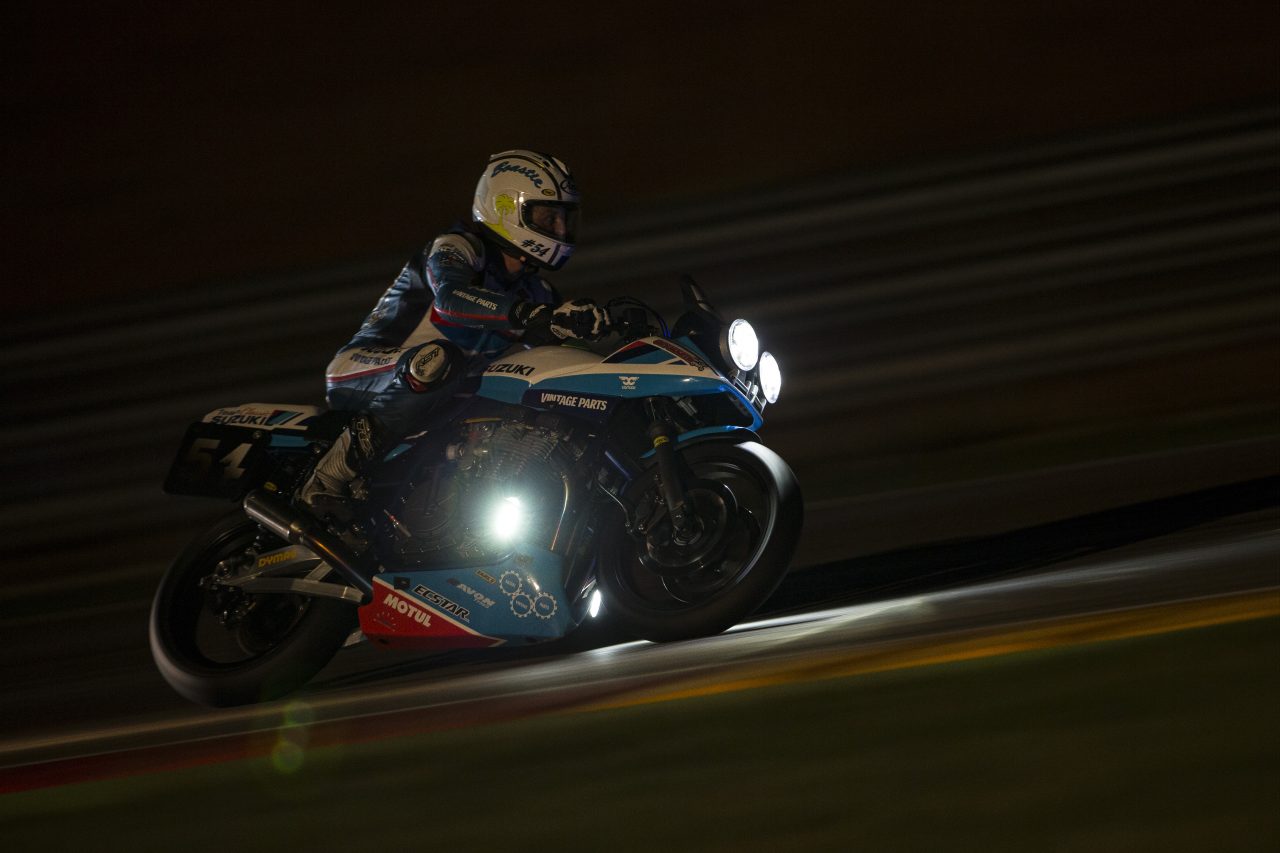 After technical troubles on day one, the team was forced to start the race from the back of the grid, as the Katana required bump-starting due to a problem with the starter gear. Michael Neeves completed the opening stint, crossing the line in fourteenth place at the end of lap one, before progressing into the top 10.

Things continued to run smoothly, with Boast taking over the reins to advance into seventh, before Neeves raced into the dark. As night fell, the team had moved into fourth place, and with just over half an hour to go, Boast exited pit lane for his final run.

Still holding fourth, the former European Flat Track champion began to close in on third, and at the rate of seconds a lap. Seeing Boast closing in on the timing screen, the rival team pitted, putting a quicker rider back out on track.

Boast passed for third during the team’s pit-stop, before being re-passed and demoted to fourth. From then on it became a sprint race to the chequered flag for the final spot on the podium. With just four minutes to go, Boast passed for third place, but crashed out of contention in the final sector of the lap. With the bike too badly damaged to remount, it meant a DNF for the team after three hours and 56 minutes of racing.

Pete Boast, “I went out for the last stint, and I could see from my pit board how far down we were on P3, and that we were catching. So I got stuck in and the time kept coming down, and with the chance of a podium I really pushed hard. Then I saw P3 on the board which confused me, before the bike came past and I knew that was who we were racing and had to beat for that podium. I caught up again and I was on the back of him, and made the pass, but coming into the right-hander before the left onto the back straight I lost the front. I ran to the bike but the handlebar was snapped, bodywork hanging off. I tried to ride it back and just get a finish, but the marshals wouldn’t let me. The race had been amazing to that point, especially to come from the back of the grid, and I feel so sorry for the guys because they put so much effort in.”

Michael Neeves, “We never thought we’d have been battling for third place, after the problems we had in practice and qualifying, it’s a pretty incredible achievement for everyone. The team worked through the night to sort the bike. We still had to start from the back of the grid and just chipped away and managed to work our way through and into the fight for the podium. I feel really bad for Pete, he’s out there doing what we’re here to do and race, and these things happen when you push. No one’s sore about it, it’s one of those things. For me, personally, to be involved with a team like this is a really proud moment and honoured to have been asked. I’ve really enjoyed my time with the team and racing such a special bike.”

Suzuki GB’s Tim Davies, “Racing can be so cruel. It’s been a challenging weekend but to get so close to a podium finish is tough to take. But this can happen when you’re racing, it is one of those things and when you’ve got the chance of a podium, you’re going to push for it. To be honest, we’d have been disappointed if Pete hadn’t gone for it. That said, it doesn’t make it any less painful, however, no one will give Pete a harder time than himself. It’s a shame the season ends on this note, but what a year it’s been. It’s a fantastic series we’ve been racing in, filled with some stunning, and immaculately prepared bikes. But as we keep saying after every round, it’s also filled with great people, and that’s been evidenced no more so than this weekend, with plenty of people offering to help us and chip in, so thanks again to everyone who gave us a hand. And it was quite humbling to see so many people come to us after the race, just to show support or pat us on the back. Hopefully we can come back and race with everyone again 2018, and congratulations to Neate Racing on another championship win.” 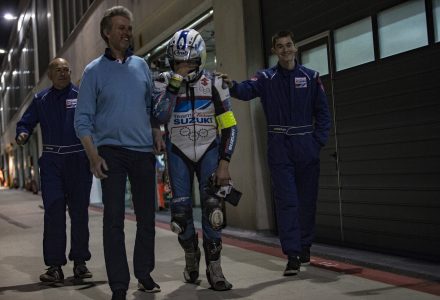 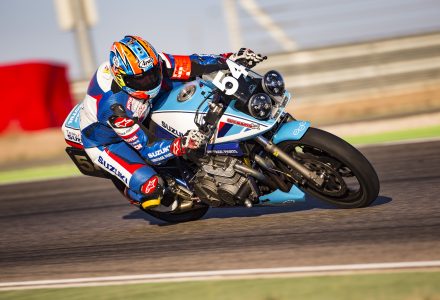 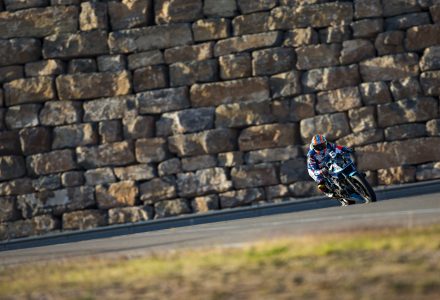 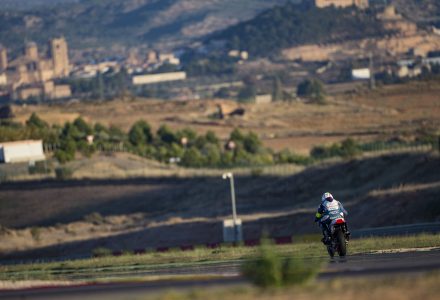 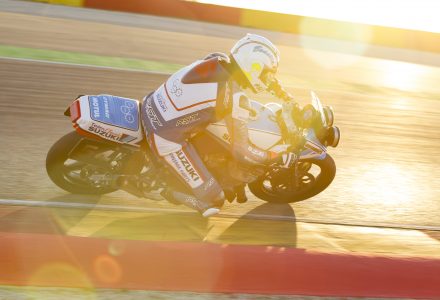 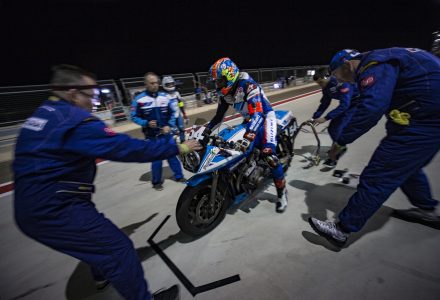 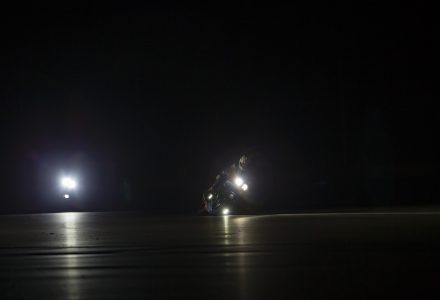 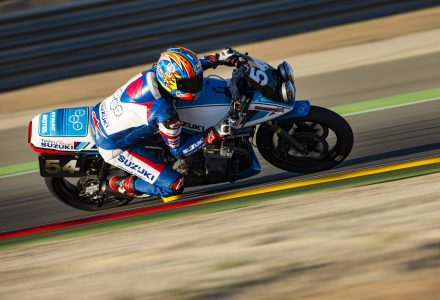 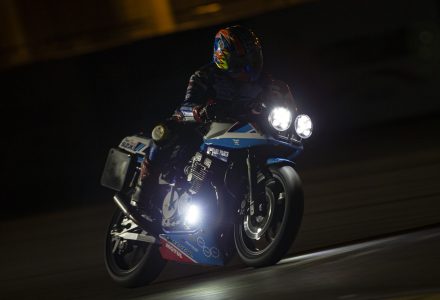